Controversy occurs at work all the time, and as a result, employees file lawsuits. Pennsylvania businesses often struggle with how to properly investigate these lawsuits, especially with how to obtain and keep confidential statements from employee witnesses. Now a Pennsylvania appellate court has provided guidance.

Karen Newsuan was working at a Republic Services, Inc. recycling center when a front-end loader crushed her leg, requiring it to be amputated.  Newsuan sued Republic and other owners/operators for negligence.  Sixteen employees witnessed the incident. Republic’s corporate counsel interviewed twelve of them about the incident, taking notes at the interviews. At the end of each interview, corporate counsel asked the former/current employee if they wanted corporate counsel to represent them.

Newsuan’s attorney requested all of the employees’ statements, but Republic’s counsel refused to produce them, claiming that all of the employee witnesses agreed to be represented by corporate counsel. They invoked attorney-client privilege with respect to the communications made during their interviews with the former/current employee fact witnesses.  Notably, Republic’s corporate counsel admitted that during the interviews, they did not inform the former/current employee fact witnesses about any potential conflicts the company lawyers may have in simultaneously representing the company and the witnesses, nor did they obtain an informed waiver of any conflicts.

Republic appealed, arguing that the statements represent privileged communications because its corporate counsel and each employee formed a specific attorney-client relationship at the end of the interviews. Republic also argued that counsel’s notes taken during the interviews were also protected under the work product doctrine.  The Superior Court agreed that the violation of rules of professional conduct by Republic’s corporate counsel prevented the direct formation of an attorney-client relationship between counsel and the employees.

However, it also held that Republic possessed a privilege over the communications because its corporate counsel sought them to assist in providing legal advice to Republic in the lawsuit. As such, the particular communications shared between Republic’s employees and corporate counsel fell within the scope of Republic’s attorney-client privilege and did not have to be disclosed.

The court emphasized that Republic’s corporate counsel made clear to the employees that predominant corporate-interest purpose of the interviews.  Also, the court observed that while the resultant attorney-client relationship that corporate counsel and the employees believed they had formed was invalid for reasons of potential conflict of interest without informed consent, the apparent agreement to keep their communications confidential satisfied the confidentiality requirement of attorney-client privilege. The court did note that the privilege does not protect underlying facts, and therefore allowed Newsuan to seek ex parte interviews with each employee – to the extent they are not represented by counsel – regarding their factual observations of the incident and seek further discovery through depositions and interrogatories.

The court also held that Republic’s corporate counsel’s notes regarding his communications with the employees were protected by the work product doctrine, which precludes disclosure of the mental impressions of an attorney or their conclusions, opinions, memoranda, notes or summaries, legal research or legal theories.  In doing so, it noted that the work product doctrine is closely related to the attorney-client privilege but broader because it protects any material constituting the mental impressions and processes of an attorney acting on behalf of a client, whether prepared in anticipation of litigation or not.

Newsuan is an odd case with odd facts. Nevertheless, the decision serves as an important reminder for corporate counsel of the potential privilege pitfalls with regard to conducting interviews of former and current corporate employees. Corporate counsel should remember that: 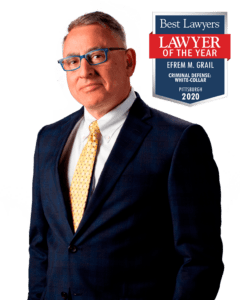